5 Deadliest Oil and Gas Accidents That Topped the List

Accidents! No industry or field can claim to have zero accidents at the workplace. Accidents happen because of human error, technical failures, or mother nature. A seemingly little mistake, or the technological faults can cause a costly failure and loss of human life. Money can be recovered, but human life is priceless and can’t be replaced.

The following are the five prominent incidents that occurred in the oil and gas industry that we’ll discuss today. We can all agree that the extraction of oil and gas is life-threatening. Additionally, It also has many environmental consequences . Proper monitoring and expertise are the keys to avoiding accidents in this situation.

We should be aware that negligence and ignoring safety protocols lead to accidents without any delay.

Therefore, let’s have a look at some of the accidents that have occurred:

In a discussion of accidents involving oil and gas, one accident that will be at the top is Piper Alpha. It was the name of an oil production platform in the North Sea, United Kingdom. 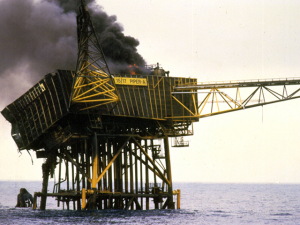 Cause of the Accident:
It was due to human error. A morning shift crew removed an essential safety valve from the gas pump. That pump should have remained closed. The second shift manager was not aware of this information because it was not documented. This resulted in a continuous explosion that destroyed the platform.

It was an offshore rig of Stavanger Drilling, a Norwegian Company. The rig has a capacity of 386 passengers. . There were living quarters as well for people working offshore. 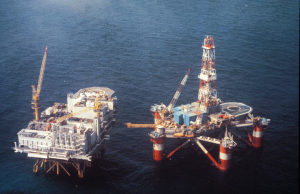 Cause of Accident:
Over 200 men off duty were present on the rig. Strong winds of 40 knots (74km/h) with a wave of up to 12 meters in height caused the wire to snap. After this, the rig tilts at 30°. Once all the six wires snapped, this led to the overturning of the rig. This all happened because of cracks in one of the braces . Later on, it was clear that these cracks were due to improper labor during the construction of rig in 1976.

It was a drillship known as “The Scan Queen”. It was built in Singapore and was the property of Unocal Corporation. 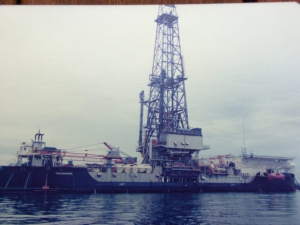 Date of Accident:
The ship sank on the 3rd of November 1989 when it was drilling a gas well. Typhoon Gay was to blame for the ships capsize. . (The Typhoon killed 529 people and displaced 160,000 ). Typhoon generated a wave of 40 feet in height and 100 knots in speed.

Cause of Accident:
Criminal negligence of the Ship’s Superintendent and mother nature. The superintendent ignored all the storm warnings and continued to work. The ship sank and no one noticed. It was later seen by a helicopter the next day, while floating upside down.

It was the United States Drillship that sank in South China. The ship was the property of Global Marine Inc. Chinese search vessels spent a week finding the wreckage in 300 feet of water. 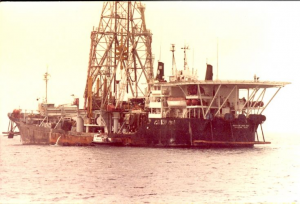 Cause of Accident:
It was due to the tropical storm

Deaths:
81 people were on the ship. 42 Americans, 34 Chinese, and 4 Britons and Australians. The rescue team was able to find 35 bodies. Other 45 persons were never found and have been presumed to be dead.

It was a rig built-in 1969 by Mitsubishi and was sold in China in 1973. It was one of the oldest rigs and properties in China. The rig sank in the Gulf of Bohai, currently located present between China and Korea. 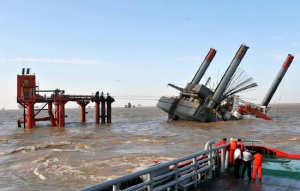 Cause of Accident:
It was due to the strong winds. A huge wave came over the main deck and broke the ventilator pump. This made a big hole on the deck. Because of the extensive flooding, the rig sank The crew had not received adequate training in emergency evacuation procedures. They don’t even know how to use lifesaving equipment.

These were the only five significant accidents related to the oil and gas field. There are many others as well. Each mishap resulted in monetary and human life loss. All of these accidents force us to think about better safety protocols to avoid these accidents in the future. It will be best for the companies to document all the SOPs for the knowledge of every person. They should be trained well about the right use of safety equipment and Personal Protective Equipment (PPE). There should be a safety drill on how to exit the premises safely an emergency.

how can we help you?

Contact us at the Velosi office nearest to you or submit a business inquiry online.